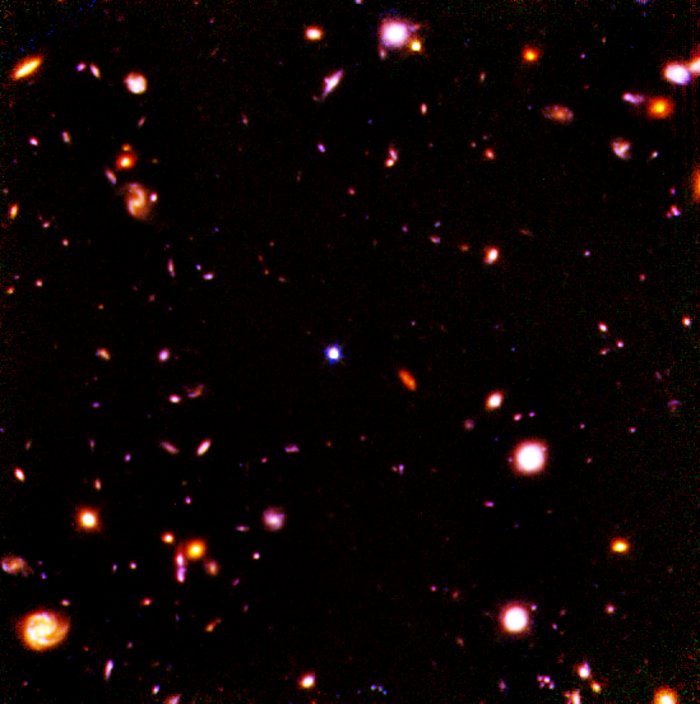 A NASA/ESA Hubble Space Telescope view of the faintest galaxies ever seen in the universe, taken in infrared light with the Near Infrared Camera and Multi-Object Spectrometer(NICMOS).

The picture contains over 300 galaxies having spiral, elliptical and irregular shapes. Though most of these galaxies were first seen in 1995 when Hubble was used to take a visible-light deep exposure of the same field, NICMOS uncovers many new objects. Most of these objects are too small and faint to be apparent in the full field NICMOS view.

Rodger I. Thompson (University of Arizona), and NASA/ESA