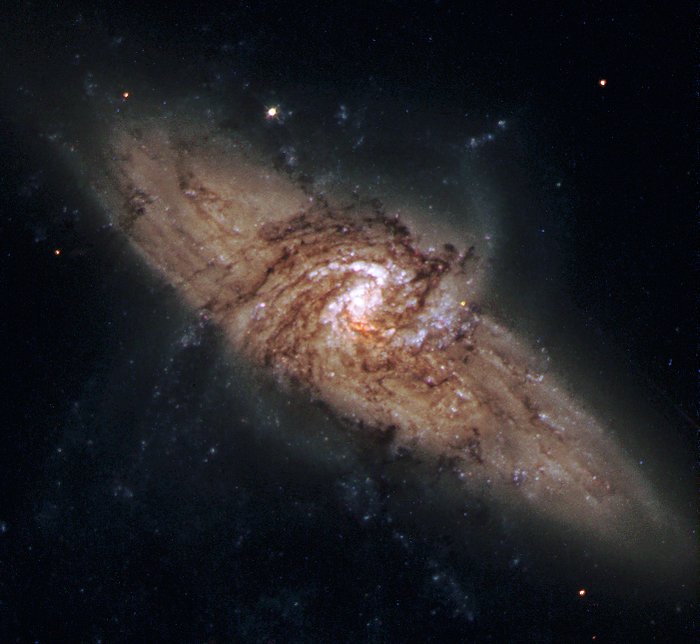 Through an extraordinary chance alignment, the Hubble telescope has captured a view of a face-on spiral galaxy lying precisely in front of another larger spiral. The unique pair is called NGC 3314. This line-up provides astronomers with the rare chance to see the dark material within the foreground galaxy, seen only because it is silhouetted against the light from the object behind it. NGC 3314 lies about 140 million light-years from Earth in the direction of the southern hemisphere constellation Hydra.

This picture is one of many produced by the Hubble Heritage Program, created 1-1/2 years ago to publicly release some of the best celestial views taken by the telescope's visible-light camera. Now, the International Center of Photography in New York City has rewarded the program for its work with the annual Infinity Award for Applied Photography.