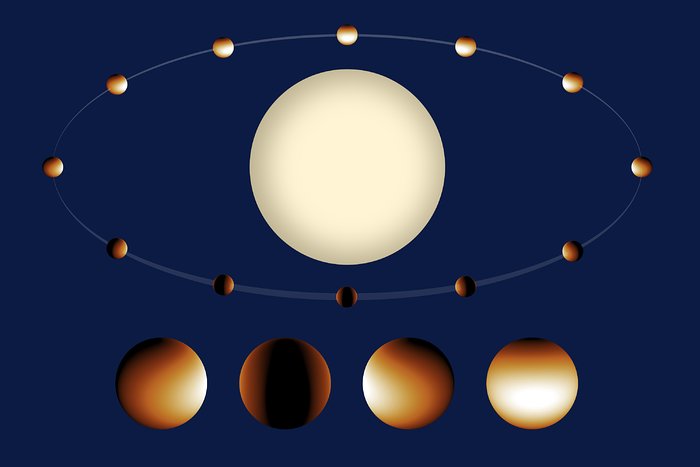 In this artist’s illustration the Jupiter-sized planet WASP-43b orbits its parent star in one of the closest orbits ever measured for an exoplanet of its size — with a year lasting just 19 hours.

The planet is tidally locked, meaning it keeps one hemisphere facing the star, just as the Moon keeps one face toward Earth.

The colour scale on the planet represents the temperature across its atmosphere. This is based on data from a recent study that mapped the temperature of WASP-43b in more detail than has been done for any other exoplanet.